Seen it on stage?

Seen it on stage?

What have you seen on stage and did you like the film adaption, the base material or the stage performance? like " I saw Rocky Horror on Stage for the first time at the Clinton and thought it was awesome, and because of the experience of it, I like it better on stage."

I feel blessed to have seen on bigger stages~~
the Nutcracker,
Jesus Christ Superstar,
Joseph and the Technicolor Dreamcoat,
CATS,
Pirates of Penzance,
Phantom of the Opera,
Celebrate Broadway,
Les Miserables (JAAVERRRRT * *),
Evita,
the Sound of Music,
Godspell,
The Christmas Carol Musical,
the Lion King,
Beauty & the Beast,
And, most recently: WICKED!


next up, I'm seeing Mary Poppins in February.


I quite liked both versions of Phantom of the Opera and Joseph, but I love, love, LOVE the 1960's version of Jesus Christ Superstar--the stage version was good, too, but it was a modern take and it was just awkward in my opinion. I also preferred the film version of Evita--the company I saw in Florida wasn't a big hit for me. :\ they tried, though--their Che was good, but their Eva tended to over-act. Also the Sound of Music I saw was cute and fresh and was a different spin from the film that made it fun and unique in its own right.
/RAMBLING.

Um not too many haha..

The Lion King
Beauty and the Beast
The Hunchback of Notre Dame (or Notre Dame de Paris...whatever it's called)
Rent
Avenue Q
Into the Woods
Aida
Altar Boyz
Guys & Dolls
Once on this Island
Damn Yankees
Les Mis
Annie
The Sound of Music
The Phantom of the Opera
Mamma Mia
Westside Story

... am I the only one who hasn't seen Wicked 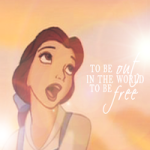 oh! and I'm seeing the Nutcracker for the first time this week <3 xD

but I saw clips of Avenue Q on youtube and its hilarious.
I've seen highschool version of Dirty Rotten Scoundrels and starred in Into the Woods Jr. as Jack's mother.

I've seen Swan Lake & Cinderella on ice.. it was good! 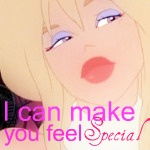 I've been in some plays to at my school

I feel so out of place, having the only musical I've ever seen on stage being Wicked and The 25th Annual Putnam County Spelling Bee.

The rest of the musicals I mostly know I have either seen the movie version of, or have watched it on Youtube. I FEEL SO ASHAMED!
But I guess I'll list the ones I have seen:

Wicked
The 25th Annual Putnam County Spelling Bee (Hilarious! Especially since it was the school who brought us to see it, and they apparently thought that Spelling Bee= Innocent Musical. Boy, were they wrong.)
Legally Blonde: The Musical
Avenue Q
Grease
Rocky Horror Picture Show
Hairspray
Cats
Pretty much any animated movie that has songs in it
Aaaand I'm pretty sure I'm missing some, but those are the ones I can name off the top of my head.

And No. I have not seen Phantom of the Opera. No, I haven't seen any of the movie versions. Yes, I fail at life because of this. It has already been noted.

Not that many actually

and I'm seeing Wicked and Hairspray next year

I've only seen Wicked on stage. Me and my mom went to see it in London for my eighteenth birthday, and it was absolutely amazing! I really want to go again, it's so amazing watching people perform.
I've also seen Swan Lake and 'Shakespeare's Sonnets' in Berlin, which were both absolutely fantastic! And I once saw a beautiful musical version of the Hunchback of Notre Dame (not the Disney version, it was very true to the original story) when I was very little. Of course, I didn't really understand it, but it left a deep impression.

The reason I don't go to a lot of musicals in the Netherlands is because I don't really like the way Dutch women sing in Dutch musicals; always so loud and hard. That's why I love NDdP and R+J, since the singers there are fantastic singers, but their voices are really soft and beautiful.

I only saw the Lion King as a REALLY little kid and Jersey Boys. I never get to see musicals

I watch them as in movie rise...

Similar topics
» The Mordheim Stage Coach
» DC heated driver stage for ST70 type amp.
» The Deadwood stage is coming on over the hill
» "Phantom: The Untold Story" -- Susan Kay stage play in Japan
» Board layouts for the PC-5 line stage and PC-6 phono board on the PAS preamps - photos ...